Dane
In terms of faithfulness to the prototype, yea they're disappointing. The biggest problems obviously being the eyes practically doubling in size, and the thickness of the mouth lines, as well as what seems like a paler/yellower skin tone (maybe just lighting idk).

Unfortunately it seems like the eye change was intentional since it's a completely different decal from the prototype, which makes me wonder if the change was made to appease the people who were complaining about the faces when POs initially opened. If that's the case it'd be very stupid since the people who didn't like the original faces probably didn't order anyways, but oh well.

Honestly despite all the downgrades, I don't think it's a bad figure and I don't really regret ordering them (for that price nowadays you'd only get 1 character). But I probably won't be POing Wing figures in the future since it took almost 2 years to release this and they couldn't nail it.
Il y a 2 mois

HonyXOtaku
omg what happened with them xD they look terrible for thsi delay what they had..omg
Il y a 2 mois

Rollizo
This pair delayed about 2.5 years since Feb 2020. I'm glad they did delay, otherwise this would have been terrible. I'm not saying the quality is super good, but it is fairly good. It could have been better...
Il y a 2 mois 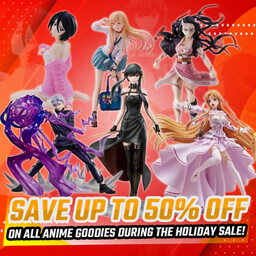