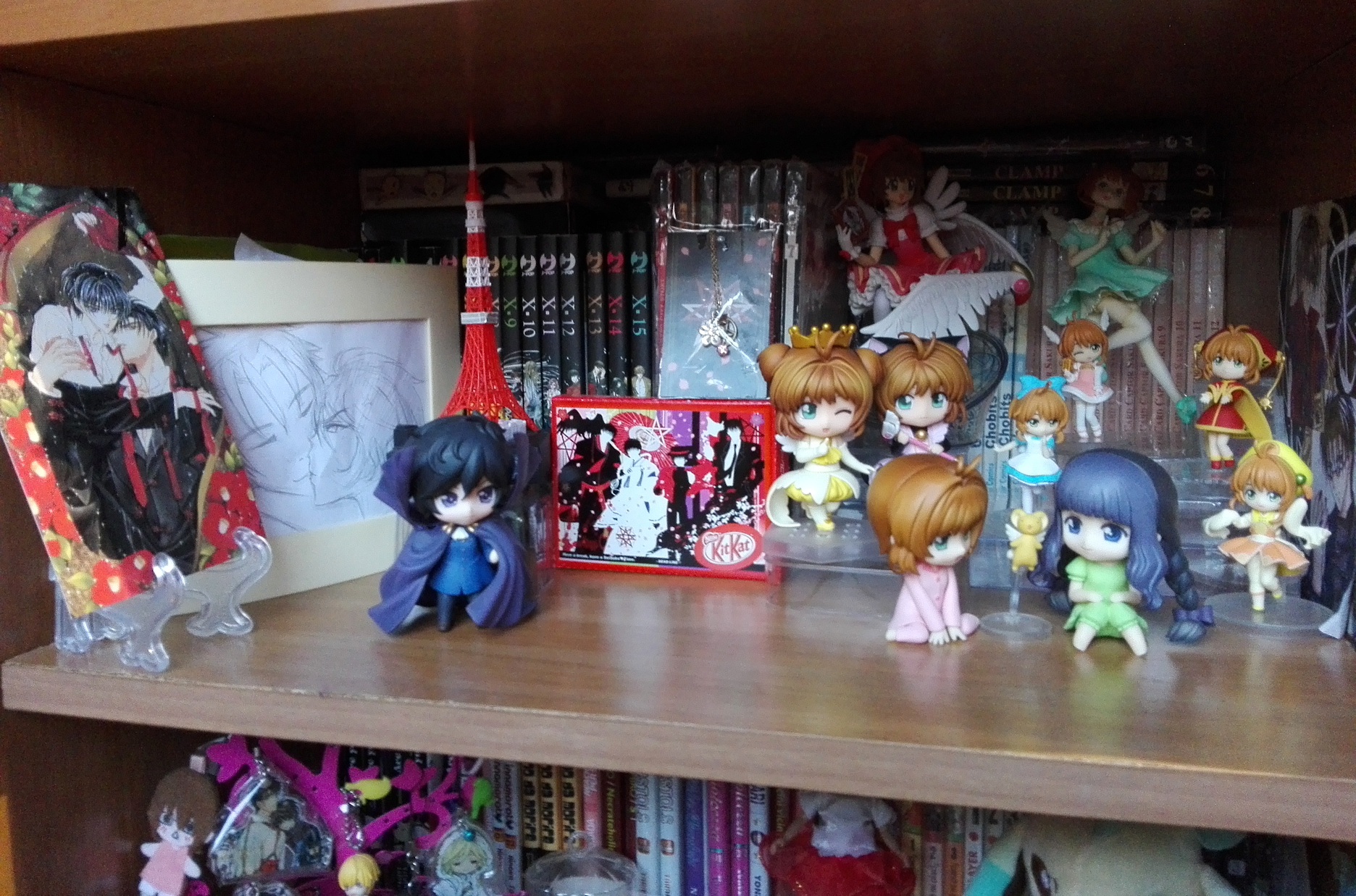 Just a little update on my Sakura collection. Moved Tomoyo and Sakura from the other shelf to here, above this shelf is the space where I'll put ITEM #396841.

Yeah, Break's Sakura just arrived the other day, with a few defects and she looks kind of weird in that spot. I still like her a lot, it's also pretty weird looking at the two prizes together, one being anime inspired and the other being manga inspired.

I wanted to make Sakura's bedroom but I probably won't be able to due to space. I'll try and make a movable diorama in the future though, I had huge plans for a photo, but we'll see. :)

Except where otherwise noted, pictures are licensed under a Creative Commons By-NC-ND License.