Hi, I'm Conor. I guess you can tell what I like by the fact that I'm here haha. Some interests of mine that you can't guess would be Martial arts, Physics, Maths and reading books/visual novels. I only really tend to collect stuff from things I know, with the odd exception here or there.

I'm a huge fan of video games, without them I probably wouldn't be collecting figures. My favourite genres are RPG's, Visual Novels and fighting games (2D > 3D). I also played FFXI for many years until they shut down the Xbox 360 servers March 2016. T_T And my top 3 game companies are Nintendo, SEGA and Koei Tecmo.
Although I will play anything made by Platinum Games. :3

Check me out on Youtube if you feel like it, I do unboxings of games and figures and stuff that might be a little different than what you're used to.
My channel :) 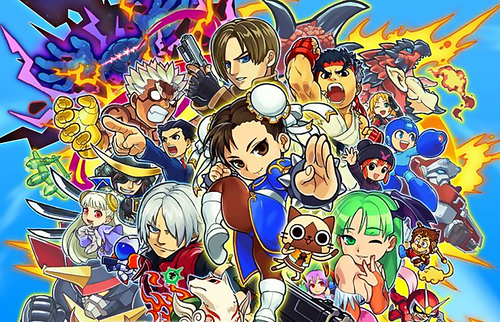 ghirahim Needs more Kyouko
Kazmazza • Il y a 5 ans • #2486030Oh man the postman outfit - THOSE SHORTS ARE TOO TIGHT D: Seriously don't get a treasure chest in that outfit lol. ._.
It was sooooo annoying for me because my Link was lvl 98 and I planned to cap him before doing any new stuff... then I saw the update notes. >_<; I haven't done much on the new map but from what I hear it's pretty tough so I suppose the chance to gain extra levels is welcome.
I didn't think of them like that ._____. I'll keep your advice in mind and try not to get any chests in that outfit.
Even tougher than the master quest one? (That one can be a bit difficult depending on what character you have to use.) The extra levels are definitely a good thing then ._.
Il y a 5 ans

ghirahim Needs more Kyouko
Kazmazza • Il y a 5 ans • #2483031Awww man. :| It's really good, both Midna and Zeldas new weapon are a lot of fun. Maybe the best thing though is that the new adventure map actually looks different, has new music and new items. :)
There was also an update at the same time that made the item cap 999 and the level cap 150. o_o
Don't you mean Link's postman outfit is a lot of fun?! I'm always playing as Link with that outfit and nobody can stop me >:)
Oooo, I'm really happy about that. I'd maxed out Link but it's good that he can go up another 51 levels now c:
Il y a 5 ans

ghirahim Needs more Kyouko
Kazmazza • Il y a 5 ans • #2467845Waaaa~ Kengoooo~ It even has all 4 boys on it. o_o Sadly it does seem like it would be a bit too much money for what it is though. :c
I have! The new Midna looks really cool. :D Is that we she looks like in the Twilight Princess game? Noooo, sucks that the Wii U had to be abandoned though. :( How is it you're gonna get it?
Yeah Cat Peach is the best. sorry Link >:) How are you liking the new race tracks?
Maybe I'll see it on surugaya one day :') It's so rare to find stuff with the guys on it ;-;
She does! Ummm, it's a bit of a spoiler but as you've already seen it...it's how she appears at the end of the game. My boyfriend is bringing it with him as he's driving. There's only so much I could take on the plane :')
I like most of them, except the Yoshi one (I can't remember the name of it off the top of my head.) I'm awful at that course. Are there any ones in particular you dislike?
Il y a 5 ans

ghirahim Needs more Kyouko
Ahhh I found something with Kengo on it ekizo.mandarake... I'm tempted to buy it but 500 yen handling fee and so SAL puts me off.
Also, have you seen the Hyrule Warriors DLC for this month? I'm so excited although I'm away from my Wii U until next month T_T I didn't have enough room to bring it home with me, so it's coming up later ;-;
Also, cat peach is the best. Actually, second best, Link is the best.
Il y a 5 ans⊛